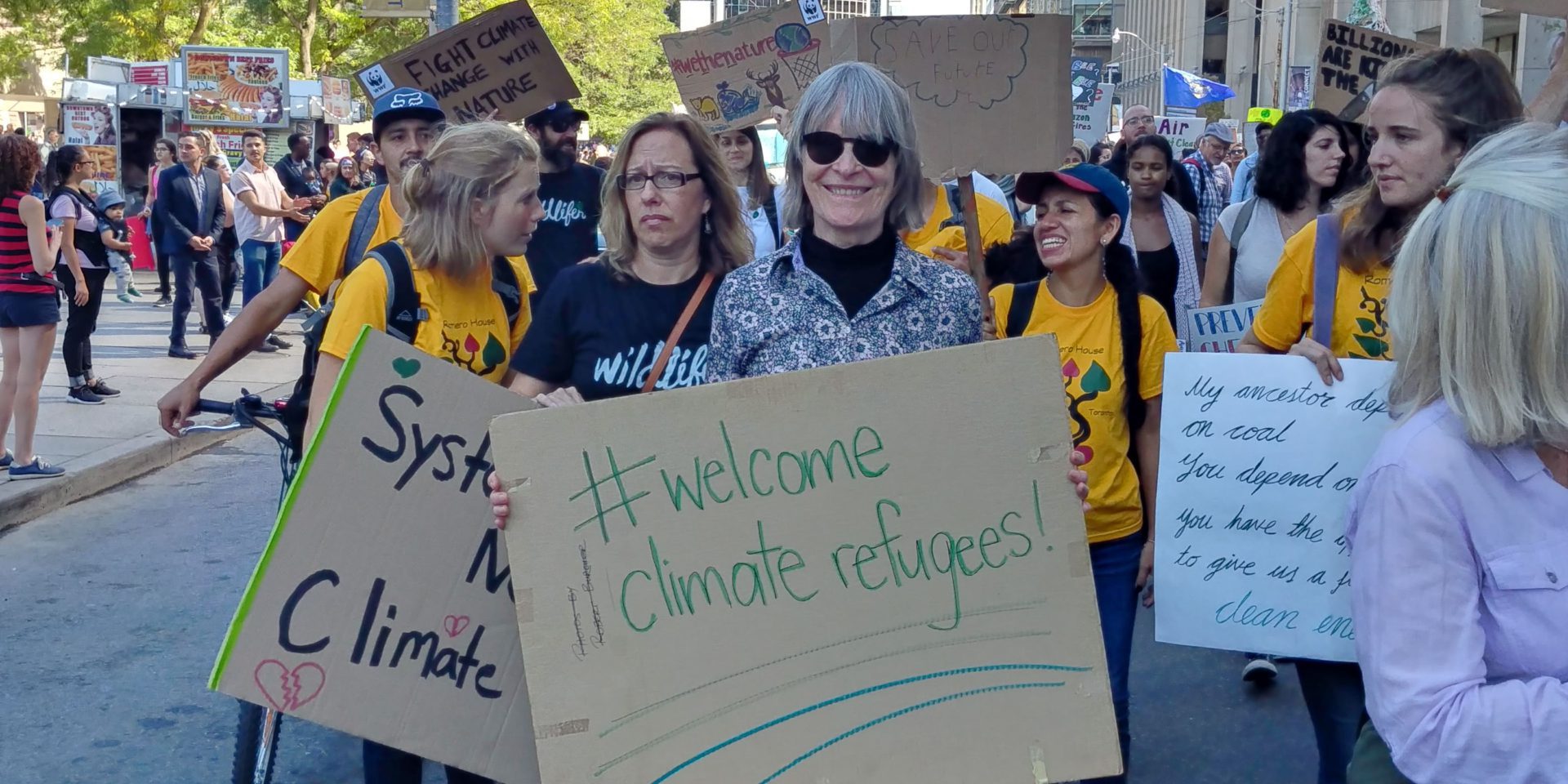 Does Canada have a mechanism to welcome climate migrants?

As a result of the climate change, extreme weather events and natural disasters will worsen which can add to the threats that force people to flee across international borders. Furthermore, desertification, drought, land degradation and erratic rainfall will increase at temperatures rise and put pressure on people’s livelihoods leading to forced migration.

In 2018, there were 28 million displaced people across 148 countries, and natural disasters caused the movement of 17.2 million of them. By 2050, the world could have as many as 200 million environmental migrants who are forced to leave their homeland as a direct result of climate change. In January 2020 the UN Human Rights Committee, ruled that climate migrants cannot be returned to countries where their lives might be threatened by the climate crisis. However, the term climate refugee which has been used is a bit of a misnomer as it has no basis in international law. The definition of the 1951 Refugee Convention, which Canada is a signatory of is “someone who has crossed an international border owing to well-founded fear of being persecuted for reasons of race, religion, nationality, membership of particular social group or political opinion.” The Convention currently does not recognize climate threats as something which a person may be fleeing.

Canada is not only a signatory to the Refugee Convention but a world leader in refugee protection. In 2019 Canada led the world in refugee resettlement numbers for the first time since the adoption of the Immigration and Refugee Protection Act. This puts Canada in a unique position of being able to spearhead regulatory development and accept climate refugees. A 2010 report by the federal government, entitled Climate Change and Forced Migration: Canada’s Role, concluded that “best estimates suggest that hundreds of millions of people could be on the move in the coming decades due to the impacts of climate change. Canada has an opportunity now to plan an orderly and effective response to the coming crisis.” Despite this statement, the government has yet to adopt a response to the question of climate migrants.

The Immigration and Refugee Protection Act does not currently accommodate climate migrants. This is where the importance of the Humanitarian and Compassionate (H&C) application process comes in. H&C process is one of the very few pathways to permanent residency available to people who have not been granted refugee protection or who do not fit within the refugee process in some ways. H&C grounds could provide a remedy for those who have to flee their home as a result of the climate emergency, who are by definition not considered refugees. The threshold for qualifying under the H&C process requires a global assessment of numerous factors such as financial resources, community involvement, hardship in country of origin, medical admissibility and time spent in Canada. The H&C process is a bit of a catch all category for those who do not fit elsewhere. At the same time, it presents difficulties such as ambiguities of criterion for qualifying for H&C and the timeline of the process. This category is described as being an exceptional remedy that could accurately capture the situation for climate refugees for now. However, as global warming increases and more environmental pressures push people out of their homeland a more efficient solution must be developed. The government should enact regulatory mechanisms to expand refugee-protection to climate migrants.

Not only do we have a binding obligation to accept refugees as a signatory to international agreements that affirm commitment to the protection of refugee rights, we have an ethical obligation to address issue of environmental displacement. As the 9th largest emitter in the world, Canada is complicit in the climate crisis and the devastation it is causing for vulnerable people. Canadians have benefited greatly from the wealth accrued by oil and gas production and has enough resources to adapt to climate change and support those who are forced to flee as a direct result of industrialized countries emissions. The Canadian government has a critical role to play in addressing the climate crisis, by reducing greenhouse gas emissions and developing a immigration policy to support and resettle climate migrants.